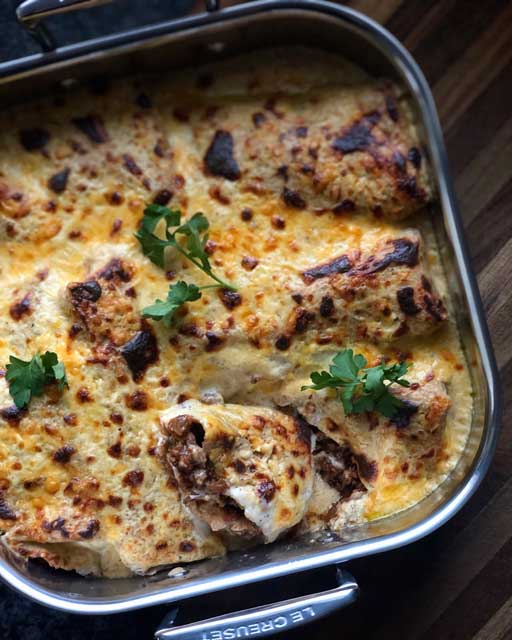 Heat oil in a pan, then add mince and fry until browned.

Add onions and peppers, then cook until the veg softens.

Add the stock, water and tomatoes then cover and simmer for 10minutes.

Season with salt and pepper to taste.

Place a generous amount of filling into the tortilla and wrap to encase before planing into a baking dish.

Make the sauce by placing the milk and flour into a pot, then whisk until boiling. Turn down to a simmer, then leave to cook for 5-6 minutes.

Stir in the cheese and season with salt and pepper to taste.

Pour sauce over the burritos, then sprinkle with a little more cheese over the top.

Bake for 25-30 minutes until golden on top and bubbling.