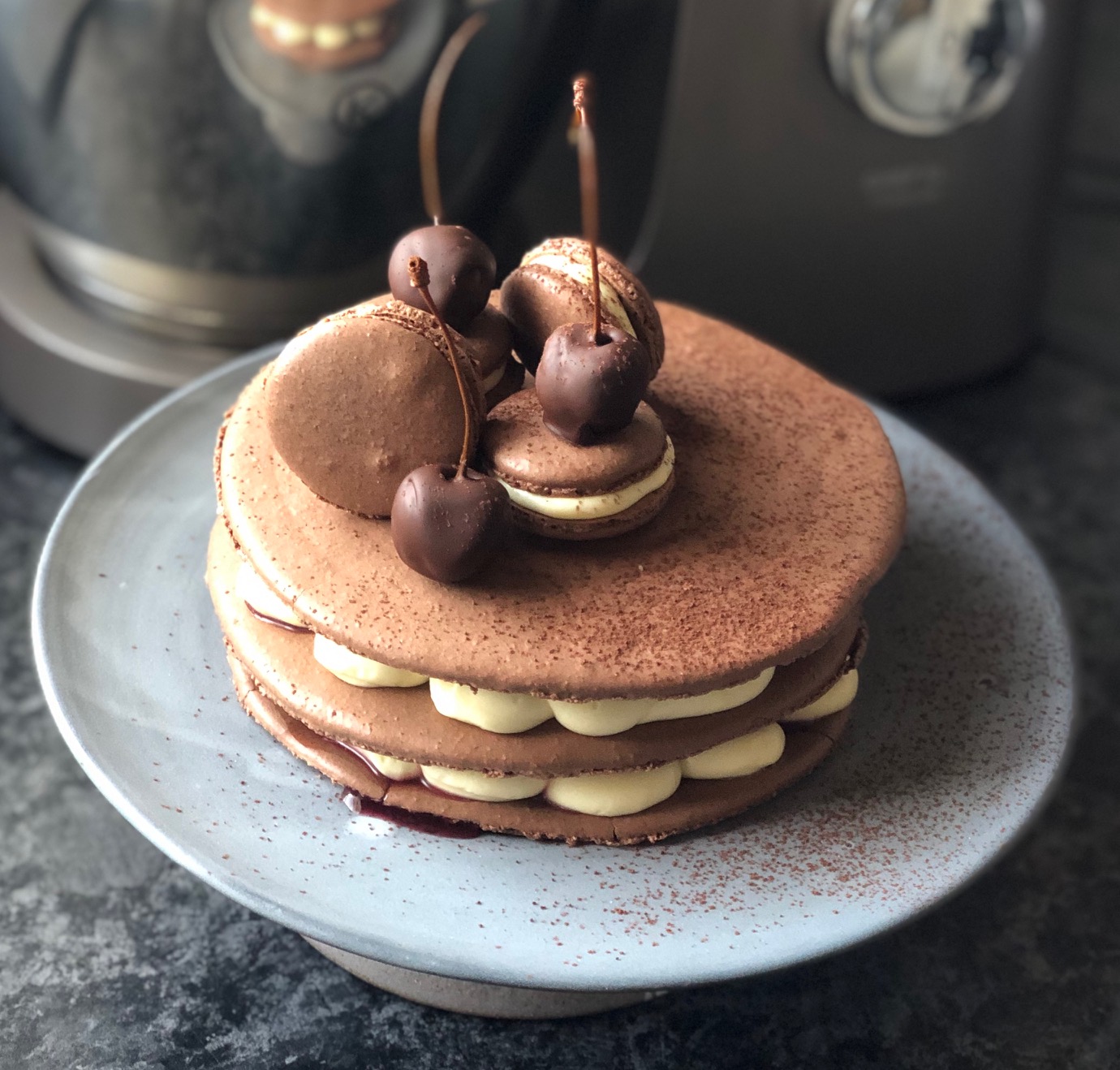 (THIS CAN ALSO BE MADE INTO SMALL INDIVIDUAL MACARONS)

Sift together the almond flour, icing sugar and cocoa powder.

In a clean bowl, whisk the egg whites until soft peaks, then gradually add the castor sugar while whisking. Whip until stiff peaks form.

Fold the almond mixture into the meringue in three batches to form a thick batter.

Once all the almond has been incorporated, continue mixing until the batter loosens and starts to run down the sides of the bowl.

Transfer mixture into a piping bag fitted with a round nozzle.

Pipe mixture into the drawn circles, then use the remaining mixture to pipe small individual macaron rounds the size of a 50c coin.

Tap the baking trays hard onto the work surface a few times to get rid of any air bubbles and to flatten the macarons.

Leave to stand at room temperature for 30 minutes or until a skin forms.

Bake the macarons for 25-30 minutes until the tops have hardened and the macaron has spring up off its base to make a foot.

For the filling, mix together the cream cheese, icing sugar and vanilla until smooth. Fold in the whipped cream, then refrigerate the mixture for 30 minutes.

Place filling into a piping bag, then pipe onto the edge of the cooled macarons, placing the cherries in the centre, repeat layering.

Sandwich the small macarons in the same way.

Top the large macaron stack with the small macarons to decorate.

Finish with a light dusting of cocoa powder.